Europe on the agenda 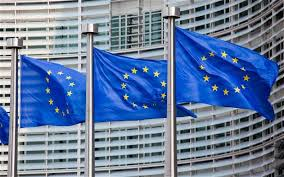 The debates between Clegg and Farage in recent weeks have now been followed by a 4 way debate between 3 MEPs and one candidate on the Sunday Politics show this weekend. From the opening statements it seemed clear that none of the parties present had any vision for their role in Europe, even though Labour and the Lib Dems both made a case for being part of Europe, rather than arguing for something that the elections on May 22nd are not about. I have so far failed to discover why one of the two Green MEPs were not included in the debate. It highlights one of the many inconsistencies inherent in our access to meaningful information on these important elections. If the Greens were excluded, why were UKIP allowed to select a spokesperson who has no personal experience of the European Parliament?

Although Patrick O’Flynn, the UKIP spokesman was challenged over the decision by his compatriots to stay away from certain debates and the use of publicly funded EU expenses to sustain the party in campaigning for other elections his answers simply showed how little clarity there is for this behaviour at the heart of UKIP. If their intention is to show contempt for the Parliament, then staying away from all debates would at least be consistent, just as Gerry Adams does with Westminster. Alternatively if they are committed to having the UKIP voice heard at the Parliament, then they should be able to articulate why they attend only certain debates and participate in certain votes but then ignore others. I have listened to Farage and colleagues when challenged on this, and so far never heard a rational explanation.

Richard Howitt for Labour made a good case for the use of EU money to help fund British foodbanks. No one can believe that the EU should need to fund our food banks, but few people believe that our nation should need to rely on foodbanks to the extent that we do. If the Westminster Government is so out of touch that some of the Government Ministers have never even visited a foodbank, what chance is there that the Government will take seriously this sore in our nation. If our Government is willing to turn down money for foodbanks, as David Cameron has decided, it either needs to increase its own funding of such activity, or else address the causes of the growth in this safety net activity.

It was surprising that Sarah Ludford for the Lib Dems spoke out against the use of EU funding for foodbanks, perhaps she could use her influence to persuade her Parliamentary colleagues to act to help staunch the flow of the families queuing up at the foodbanks which are continuing to expand, despite the rumours of recovery coming out from Westminster. Sadly there was no reference by Sarah or any of the others to the role of the EU in encouraging national Governments to strengthen their commitment to equalities legislation and practice. Sarah has at least voted for such an approach recently, unlike her Conservative colleague, Syed Kamall who was the fourth speaker. Syed along with all of his colleagues voted against the recent EU legislation, but instead signed a letter committing himself to using his influence within his party to improve the performance of our Government in ensuring equal pay for equal work, irrespective of gender. Sadly since he signed the letter in the Autumn, there has been no significant change that I am aware of.

We have 6 more weeks of European Parliament debates to come, although as Polly Toynbee suggested, perhaps most of us will become bored before the end of May. The important role that the EU plays in our National life, as UKIP keeps telling us, would suggest that we need a higher standard of debate than Andrew Neil brought us on Sunday.

I am passionate about the need for public policies to be made accessible to everyone, especially those who want to improve the wellbeing of their communities. I am particularly interested in issues related to crime and policing as well as health services and strategic planning.
View all posts by ianchisnall →
This entry was posted in Parliament and Democracy and tagged Conservative Party, European Parliament, Green Party, Labour Party, Lib Dem Party, Patrick O'Flynn, Richard Howitt, Sarah Ludford, Syed Kamall, UKIP. Bookmark the permalink.