Equal votes for all 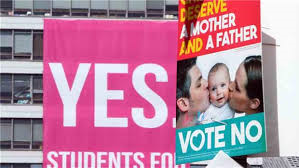 The news from Northern Ireland has impacted observers in a number of ways. However one of the lessons that could be drawn is that in Northern Ireland, the Political Parties are prepared to trust their constituents with contentious issues, or perhaps more cynically that the same politicians want to avoid liability for making decisions that are going to be unpopular with large segments of the community. Sadly this is not the case here in England. Of course we have the promise of a referendum on membership of the EU in the next 18 months, but no indication that the Government is prepared to trust us on matters such as TTIP, the WTO or even on matters such as the Barnet Formula and other funding decisions which Governments use to reward or bribe voters in certain areas. We have never been consulted on issues relating to top down reorganisations of public services such as the NHS or sending young men to fight wars. Even on the Scottish Independence decision it was the Scots alone who were invited to speak, even though their political and monetary separation from the rest of the UK would have at least as much of an impact from our relationship with the EU. If as widely suspected the SNP argue for another referendum in next election for the Scottish Assembly, there is a real prospect that people in England will not want to remain so silent the second time around. What is clear is that treating the electorate as though we are in some form of pavlovian experiment, where we are asked to vote every 4 or 5 years but remain ignored and detached in between unless the cause is one that upsets the politicians themselves is clearly bad for our democratic structures and leads to rather inept decisions by the Political Parties. A classic example of this is the bizarre decision by the Lib Dems to not exercise any form of discipline over the appalling behaviour of Alistair Carmichael. Its easy to imagine that Lib Dem high command might think that the electorate won’t remember the incident in 5 years time, or that the Lib Dem currency is at an all time low and things can only get better. However surely they are bright enough to realise that their response is likely to add to apathy on the one hand or a desire for revolution on the other from amongst the few people who are even paying attention any longer.

I am passionate about the need for public policies to be made accessible to everyone, especially those who want to improve the wellbeing of their communities. I am particularly interested in issues related to crime and policing as well as health services and strategic planning.
View all posts by ianchisnall →
This entry was posted in Parliament and Democracy, Scottish Referendum and tagged Alistair Carmichael, Barnet Formula, EU Referendum, Irish Referendum, Scottish Referendum, SNP, TTIP, WTO. Bookmark the permalink.