We must support all rural communities 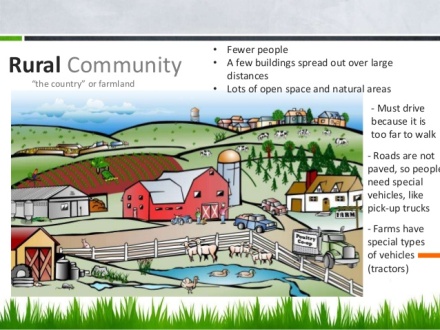 Although I have visited Northern Ireland on several occasions and know some folk who live there, I don’t have a very good handle on how the recent alliance between the Conservative Party and the DUP will have impacted the politics on the Island of Ireland. However the commitment made of additional £1.5Bn public funding in a community comprising some 1.9M people will presumably be incredibly welcome to most of the residents. The fact that the DUP campaigned in the General Election under at least one poster that stated “I want an MP that answers to us – not the Tories” may temper some of the reactions but if the Government was to offer funding to Sussex of about 1.2Bn over two years in addition to our other sources of public funds that would go a long way to addressing some of the pressure on the Schools across the area or other gaps in our public sector provision. It is for this reason that the leaders of Welsh and Scottish political parties have stood up and demanded that their nations receive a similar level of funding. The truth is that supporting rural communities costs a great deal more than supporting an urban population and all three of the devolved administrations are largely rural. When I heard about the demand being made for Wales and Scotland, it reminded me of some discussions I was involved in when I was chair of a committee in the Wealden area of Sussex about 5 years ago. Wealden is a predominately rural District of East Sussex and the Council along with a range of other public sector and charitable bodies wanted to better understand how much of an impact living in a rural setting had on the residents. The motivation for the work headed up by a charity known as Action in Rural Sussex (AiRS), was that a number of policy decisions taken by successive Governments are determined by the indices of deprivation in a given location. However most of these measurements are based on the numbers of people facing hardship in a narrow geographical area. When poverty is spread out over a much wider area and counterbalanced by small numbers of incredibly wealthy people living in Downton Abbey type properties the indices of deprivation disappear into the rounding errors. Yet providing public and charitable services is based on people, not just on statistics. The need for foodbanks is as great in some villages as it is in towns and cities like Brighton and Eastbourne. The study carried out by AiRS indicated at that time that the cost of managing in a rural area had the impact of taxing each individual to the tune of around £3,000 if the lack of bus services, broadband and availability of Doctors was taken into account, along with Schools and the lack of low cost shops. My view as someone who has always lived in an urban area is that our nation needs to redress some of this imbalance. The willingness of certain wealthy people to purchase second homes in lovely villages that they visit from time to time simply adds to the problem as many of the rural communities are blighted by the lack of demand from residents in homes that remain unlived in during the week. The calls by Scotland and Wales should be heeded by our Government and bearing in mind that many of our MPs are owners of a number of homes, they should take responsibility for their behaviour.

I am passionate about the need for public policies to be made accessible to everyone, especially those who want to improve the wellbeing of their communities. I am particularly interested in issues related to crime and policing as well as health services and strategic planning.
View all posts by ianchisnall →
This entry was posted in Charities, Economics, Education, Environment, Housing, Parliament and Democracy, Youth Issues and tagged Action in Rural Sussex, DUP, Northern Ireland, Scotland, Wales, Wealden District Council. Bookmark the permalink.