Why a second EU referendum is vital 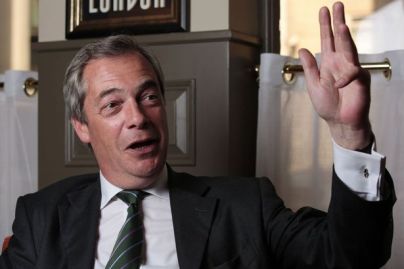 I confess to being someone who voted to remain, and would do the same again today if a referendum was being held (being a Thursday it is more likely today than tomorrow). However despite this my view that a second referendum on the EU is vital because unless there is a clear and significant majority in favour of our departure, the words of this man speaking to the Daily Mirror on 16th May 2016 will continue to haunt future Governments for decades until the apply to rejoin the EU. “In a 52-48 referendum this would be unfinished business by a long way. If the Remain campaign win two-thirds to one-third that ends it.”

As this article in the Guardian points out at least two Cabinet members who voted to remain in 2016 are now stating clearly they would vote to Leave. It is clear that our Government has a long way to go if they are to make our departure a successful one. Some of us believe that doing so will be almost impossible. Yesterday morning as I traveled to work I listened to Radio 4 with two business men speaking very clearly about their views. Karan Bilimoria who is the founder of Cobra Beer spoke about his experience of manufacturing the beer in the UK, in Belgium and in India. He fully understands what it is like to Import and Export products to and from the EU and from the rest of the world. On the other side of the debate, Christopher Nieper spoke about how he believed that Brexit would be a great opportunity for entrepreneurs. How the weak pound meant that exporters were in a good position moving forward. I found all that Karan Bilimoria had to say resonating with my understanding, and all that Christopher Nieper had to say sounded like a deeply held set of political views that bore no relevance to a company like the one I work in.

My own business knowledge is based on a company that imports almost exclusively, and the imports represents well over 50% of the materials and goods we sell. We occasionally export items, but they represent a fraction of 1% of our turnover. We import from both the US and the EU and also from places such as China and Israel. Our business is paying a high price for Brexit and whilst we endeavour to pass those increases on to our customers, that is not an easy task. There are very few UK companies capable of supplying the sort of goods we use. That may change over the next couple of decades but due to the complexity of the products this will not happen any quicker than that. most of the equipment we supply is badged with brand names that our clients insist on using and so it is not just our own engineers that need to be persuaded.

The truth is that if we depart the EU, as unfortunate as that will be in my opinion, there will in due course be a growing call for us to rejoin. The only way for this Government and indeed future Governments to resist this call in a meaningful way is if they can point to an unequivocal and uncontentious result. For this reason alone I believe that once we have a clear set of options for our future relationship with the EU, I believe that the Government needs to argue passionately for the way forward and use the same level of funds to articulate the case as they did over remaining during the run up to the referendum and then we need to gain a 2/3 majority of voters in favour of our departure. Anything less and the words of Farage will haunt each Government in turn.

I am passionate about the need for public policies to be made accessible to everyone, especially those who want to improve the wellbeing of their communities. I am particularly interested in issues related to crime and policing as well as health services and strategic planning.
View all posts by ianchisnall →
This entry was posted in Economics, EU Referendum, Parliament and Democracy and tagged China, Christopher Nieper, Cobra Beer, EU, India, Israel, Karan Bilimoria, Nigel Farage, USA. Bookmark the permalink.