The scale of public (& private) sector outsourcing is the problem

Posted on December 9, 2018 by ianchisnall 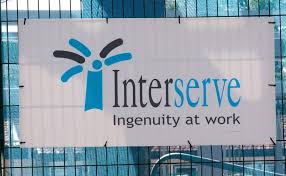 It is very concerning that Interserve is calling for the Government to give it a second rescue deal. In the final few weeks in 2018 we see Interserve in a similar state to how Carillion appeared in the first couple of weeks at the beginning of the year. Both Companies have major debts and both operate in a manner that makes no sense to anyone apart from their own management teams and shareholders and the Government itself. They predominantly operate as a major main contractor to which a myriad of small business then serve as subcontractors carrying out many of the tasks they are contracted to deliver on. Although on face value the Government outsources to Interserve along with other companies like Capita, Serco and Mitie as it did to Carillion to carry out a myriad of activities, in reality these companies take away from the Government the concerns about which companies they should recruit to clean drains and carry out car park security etc. It is inevitable that such processes offer a poor outcome. If they are successful for the companies concerned, they will charge a management fee for each contract and earn a large sum of money, whilst putting pressure on their subcontractors to work for very little, if these arrangement are unsuccessful the risk is that the companies go bust as Carillion did and a number of the subcontractors who have come to rely on the work to remain in business, also go bust.

Although I have had no experience of working for Carillion or indeed any of these other major players, I have carried out work on behalf of main contractors and on at least two occasions we have been left with a major debt as they went bust. By the same token we have frequently been prevented from getting work by a contract that limits the work to one or more of the companies named above. We have also been faced with procurement frameworks that have been formed to ensure that only a small number of very large contractors will be able to win the contracts. Because they will not be able to carry out the work on their own, they will then be obliged to sub contract and so all of the criteria set out in the procurement framework for the small number of successful contract winners will be lost when the work is carried out by the subcontractors.

Of course this is not just something that impacts the public sector. We were recently asked to quote for a job in a shopping centre. The request came from CBRE who then went quiet. A bit later OCS asked us for a quote for the same job. Then when they came back it was to point out that because we are not on their list of suppliers that they would need to get a supplier to quote so could we offer them a quote. So now the supplier will be adding management costs on to our costs, and OCS will be adding costs on so that CBRE will pay probably around 30% more for the same job. After 8 weeks CBRE are understandably demanding a quick turnaround but we are not going to do so simply to satisfy a demand that we could have began to deal with at the beginning of October as we have other clients who are ahead of them in the queue!

I am passionate about the need for public policies to be made accessible to everyone, especially those who want to improve the wellbeing of their communities. I am particularly interested in issues related to crime and policing as well as health services and strategic planning.
View all posts by ianchisnall →
This entry was posted in Economics, Parliament and Democracy and tagged Capita, Carillion, CBRE, Interserve, Mitie, OCS, SERCO. Bookmark the permalink.