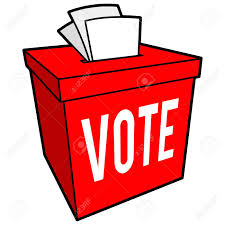 Assuming that the Labour Party and its allies fails to deliver a no confidence vote against the Government today, which seems probable given that there are more votes available to the Conservatives and the DUP than the rest of an active Parliament put together there is a very clear albeit limited set of options open to the elected members of the House of Commons. Clearly the only deal that Theresa May and her Cabinet have been willing to offer to our nation has been fully rejected by Parliament and so there is no scope for this to be returned to Parliament even with some amendments. After all if MPs were asked to vote for this again within the next two years this would completely devastate the arguments that they have made about us not being given a referendum much quicker than yesterday. Theresa May has already made it clear that there are only two alternatives which are a No Deal that Parliament has also rejected based on the votes last week or a new Referendum which they seem to have failed to offer to us over the last 2 and a half years. As I have written before, the nation has voted to oppose our continued membership of the EU based on the terms and conditions which existed on 23rd June 2016 so there are now only three options to present to the Public which will determine how our nation can move forward. The first of these is to vote to overrule Parliament on the deal proposed by Theresa May which is the one arrangement that could take place reasonably quickly in terms of the beginning of the two year transition. The second of these is to vote to overrule Parliament on a No Deal arrangement which we clearly need time to prepare for but does not involve any transition and the final option is to vote to see reform in the EU which would demand time for the negotiations to take place. Clearly if the public voted for this there would need to be a plan B if the changes cannot be achieved in a defined period of time. Any vote by the public must clearly go beyond a simple majority as this has all sorts of challenges. However it would then set out a clear set of objectives for Parliament to deal with as their priority and present them with the same sense of being told what to do that they adopted in the Autumn of 2016!

I am passionate about the need for public policies to be made accessible to everyone, especially those who want to improve the wellbeing of their communities. I am particularly interested in issues related to crime and policing as well as health services and strategic planning.
View all posts by ianchisnall →
This entry was posted in EU Referendum, Parliament and Democracy and tagged Referendum, Theresa May. Bookmark the permalink.