Government departments plan badly but compensate with lots of our money 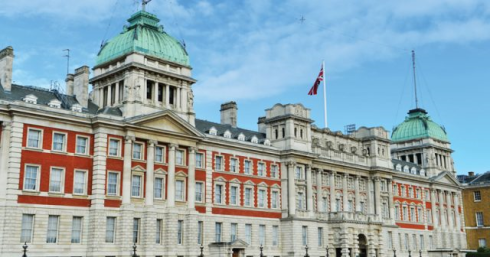 According to this article in 2014 a Government Department was offered the opportunity to move from its present office location to a grand building in a posh part of Whitehall. If they had made the move it was calculated that the savings would represent £19m a year which indicates that they are currently based in a privately owned office block. So they began to plan for the move and in doing so it was proposed that this building would be renovated with some changes made to the building including introducing a Gym and an Art Gallery. At the time of the proposed move the company that is now carrying out the work had estimated that it would cost £50m. It took at least three more years for the work to start and it is due to finish this Summer and the current cost is now £111m. This when added to the £63m which the Foreign and Commonwealth Office paid for refurbishment before they moved in in 2001 begins to call into question the way that Governments decide such issues and the extent to which they have standards across their range of departments. After all the use of an office block, no matter how grand should not change dramtically from one decade to another. This argument is made even stronger when it is revealed that the Department for Education which was due to move in to the old admiralty building once the work was finished has now changed its plans and is no longer going to try to save the £19m a year. Instead the Government plans to identify some other government bodies who are looking for some office space and offer them the building. One wonders if they will be happy with the design or if in due course they will also want to make changes?

It is clear that if the Government was held properly accountable for such decisions that they would not make such terrible errors. However clearly such matters get ignored by others too! Imagine if a School had a major refurbishment carried out and then chose to change their plans once the work was completed. One suspects that the DfE would raise concerns if they were responsible for the upgrade!

I am passionate about the need for public policies to be made accessible to everyone, especially those who want to improve the wellbeing of their communities. I am particularly interested in issues related to crime and policing as well as health services and strategic planning.
View all posts by ianchisnall →
This entry was posted in Parliament and Democracy and tagged Department for Education, Government procurement. Bookmark the permalink.