Brighton and Hove has benefited from a range of political parties 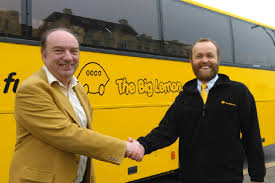 Anyone interested in politics in the UK will be aware that tomorrow is stage 2 of the Tory Party leadership contest and tragically the loss of the first three candidates means that the remaining seven are all male. Although Esther McVey would have been a very concerning prospect had she made it through the first vote, it seems rather concerning that Andrea Leadsom has not made it through this far, given that she was a serious contender in 2016. Two weeks ago I mentioned that Wealden’s MP, Nusrat Ghani was supporting Jeremy Hunt and at that point Amber Rudd was claiming she would support all of the candidates, however since then she has also declared her support for Hunt. However a few days ago Chichester MP Gillian Keegan was on Radio 4 and spoke very positively about Rory Stewart. Of all of the seven candidates, Stewart is clearly able to bring to the table a new approach compared to the other contenders. I certainly hope he is successful in tomorrow’s vote and the final parliamentary vote on Thursday before the massive 120,000 Tory members get to choose who our next Prime Minister will be, potentially until 2022. Stewart has demonstrated that unlike the other six contenders, he understands the idea of engaging with people in a range of communities rather than simply playing to the audience that controls his prospects of winning. That to me displays a very much more positive approach.

It would be easy to assume that Parliament is closed down at the moment, given how much of the media is focused on the leadership voting. However last week there were a number of interesting discussions that took place. On Tuesday in the House of Lords there was a short debate on ‘Children’s Health: Vehicle Emissions’. In trying to follow what our local members of that house have to say it proves very challenging. Two people spoke during the debate that have local connections. Baroness Jenny Jones of Moulsecoomb is not locally based but her name suggests otherwise, whereas Baroness Maggie Jones of Whitchurch who also contributed lives in our city.

Jenny stated “the Government have made a lot of positive pledges on the environment in the past few years. I am now rather nervous, almost frightened, about the prospect of the winner of the clown convention at the other end of this building ditching all this environmental policy in a short-sighted attempt to prove themselves pro-business or anti-red tape…What are the solutions? I suggest that the Government make use of the remaining parliamentary time before the Summer Recess to bring forward urgent legislation to save us from our toxic air.” The reality is that a great number of businesses are keen for strong environmental policies to be established. A classic one being the value in persuading Government funds to be used to award public sector contracts to businesses close to where the work is being carried out. However the call for the Government to focus on matters such as the environment is critical.

When Maggie spoke she made a statement that whilst a very positive comment raised a detail that needs to be challenged “Thankfully, there are some good examples of local leadership on this issue around the country…. I am pleased that my own local council, Labour-run Brighton & Hove, which has one of the best bus services outside London, has targeted the funding to roll out cleaner, less polluting bus fleets. It has already delivered a 25% reduction in roadside nitrogen dioxide in the busiest areas and is continuing to upgrade its vehicles to deliver ultra-low emissions.” The reality is that our bus services have improved dramatically over many years and although the Labour Party has led the Council for 15 of the last 23 years, the last 16 years have required the largest party to gain support from at least one other party. On the theme of buses, two of the most significant people in such decision making have been Roger French and Tom Druitt and as Tom is a Green Councillor who at one point employed an ex-Lib Dem MP to help run his service and as far as I know Tom was not party political, it seems a bit rich to try to give credit to the Labour Party. However we can all be grateful for the outcome and call for more work to be done. As Maggie explained “Highways England has spent only £8 million of the £100 million of its air quality fund four years after it was unveiled” This would suggest that there are a number of opportunities available to improve matters across the nation!

I am passionate about the need for public policies to be made accessible to everyone, especially those who want to improve the wellbeing of their communities. I am particularly interested in issues related to crime and policing as well as health services and strategic planning.
View all posts by ianchisnall →
This entry was posted in Brighton & Hove, Environment, Parliament and Democracy and tagged Jenny Jones, Maggie Jones, Norman Baker, Roger French, Tom Druitt. Bookmark the permalink.