A suggestion for the silly season 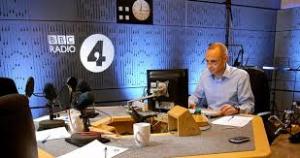 My broadcaster of choice is Radio 4 and the three significant news programmes I would listen to each day if I was able to do so would be Today, World at One and PM. One of the most frustrating aspects of listening to these programmes are the decisions taken by editors either to ignore stories all together or to only cover a story in a superficial manner. An example of this is the failure by Radio 4 to cover the Data Retention and Investigatory Powers Bill (DRIP). However when the stories that matter to me are covered, the final slap in the face is when the story really demands a response from a Government or Opposition spokesperson. The rather frustrating statement that a spokesperson was unavailable for comment.

During the Summer months, it is not uncommon for these broadcasts to resort to silly season stories that are relatively banal and irrelevant on slow news days. This is in part as a result of the closure of Parliament. Yet why can’t the programmes instead be used to cover these stories, ensuring that they are covered in the sort of detail that listeners call for. The assessment of which stories to cover could be based on twitter and other communications sent to broadcasters at the time. The Summer months could also be used to invite Ministers and other officials to revisit subjects that they had been unavailable for during the year.

I am passionate about the need for public policies to be made accessible to everyone, especially those who want to improve the wellbeing of their communities. I am particularly interested in issues related to crime and policing as well as health services and strategic planning.
View all posts by ianchisnall →
This entry was posted in Data Retention and Investigatory Powers, Journalism, Parliament and Democracy and tagged BBC Radio 4, Data Retention and Investigatory Powers Bill, DRIP, Government, Opposition. Bookmark the permalink.