From one degree of chaos to another 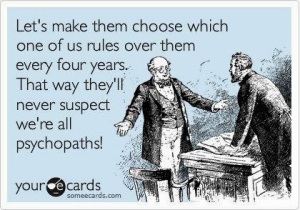 The news from Brighton & Hove City Council that the Green Party have not been able to set a budget is disappointing, but hardly a shock. This sort of outcome has been threatened for the last 3 years if my memory is correct. The problem is not one that is entirely of the Green Councils making. All of us live in a Nation where Political Leaders appear to relish organising systems that are in eternal conflict with one another. The Government wants to make cuts to National Budgets, but certainly doesn’t want to be blamed for the problems created by these cuts so they reorganise the way in which they fund local Councils and then make substantial cuts in the funding going to these organisations that deliver most of the services we benefit from. When Councils complain, the Government claim it has nothing to do with them and create all sorts of mechanisms that prevent the Councils from having the freedom to be really radical in their thinking. If the whole thing gets too hard and the Council can’t set a budget within the constraints set by the Government, then the Government take over and Civil Servants will in effect set our budget. This is the same Government that is created from 650 MPs of which only 3 are elected in our city.

Whatever the faults of our minority Green administration, and the other Councillors who could in theory cooperate to set a budget so excluding the two Independent Councillors, the idea of Eric Pickles signing off on a budget for Brighton & Hove when he was elected by voters in Essex shows how barmy the whole system is. Arguably the 3 MPs are more qualified than he is to set a budget for our City.

The easy thing to do is blame the Greens, who once again have asked their leader to step down. There will be no shortage of people doing just that, including many Greens. In fact all three local Parties have some responsibility for this chaos, and then finally a Government which claims it believes in localism, that is more than happy to find fault with other, they must take a significant level of responsibility for this chaos. And in 3 months the same faces and names will once again ask us to vote for them!

I am passionate about the need for public policies to be made accessible to everyone, especially those who want to improve the wellbeing of their communities. I am particularly interested in issues related to crime and policing as well as health services and strategic planning.
View all posts by ianchisnall →
This entry was posted in Parliament and Democracy and tagged Conservative Party, Eric Pickles, Green Party, Independent Councillors, Labour Party. Bookmark the permalink.