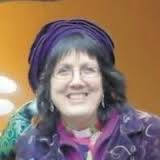 I am privileged to have known two wonderful women who sadly this week have died after a long illness. As it happens both women were women of faith and I know that they don’t see this as the end for them, however my blog is not intended to promote their beliefs or mine. Neither Zam Walker who was for a number of years Minister at Brighthelm in North Road, Brighton along with her husband David Coleman, nor Debbie Peatman who was County Ecumenical Officer for Lancashire were caught unawares by their deaths, although neither knew they would die this week. I worked with Debbie when I was Ecumenical Officer for Sussex and we shared many common views and a similar sense of humour, she stepped down from her role due to her illness several years before my role ended in late 2014. I knew Zam when she and David were at Brighthelm which they left in 2010. I had corresponded with both women occasionally via facebook, but had not seen either for about 5 years. However they both used facebook to document their deaths in a manner that was at times excruciating to read, partly because death is not an easy subject to think about. However it was lovely to share their journeys, even though none of us would have chosen the paths that Debbie and Zam took if we had been given a chance. It seems strange that both women whose illnesses have run for several years, and who to the best of my knowledge have never met, to die within 2 days of one another. I will miss the postings which in the last few weeks have come from David and Mike describing the final steps along the way of their journeys. We are now at their much anticipated destination and it is time to rest. I am grateful to both Zam and Debbie for troubling to keep their friends informed and involved.

I am passionate about the need for public policies to be made accessible to everyone, especially those who want to improve the wellbeing of their communities. I am particularly interested in issues related to crime and policing as well as health services and strategic planning.
View all posts by ianchisnall →
This entry was posted in Brighton & Hove, Church Teaching, Obituary and tagged Brighthelm Church, Churches Together in Lancashire, David Coleman, Debbie Peatman, Zam Walker. Bookmark the permalink.